Cabana Blue Lakefront Sports Bar and Grill opened on October 29, 2021 and was founded by Entrepreneur and Owner, Joe Henninger.

Through his efforts, he transformed what was once a piece of land featuring nothing but overgrown invasive species and abandoned commercial equipment into an island waterfront recreational destination. 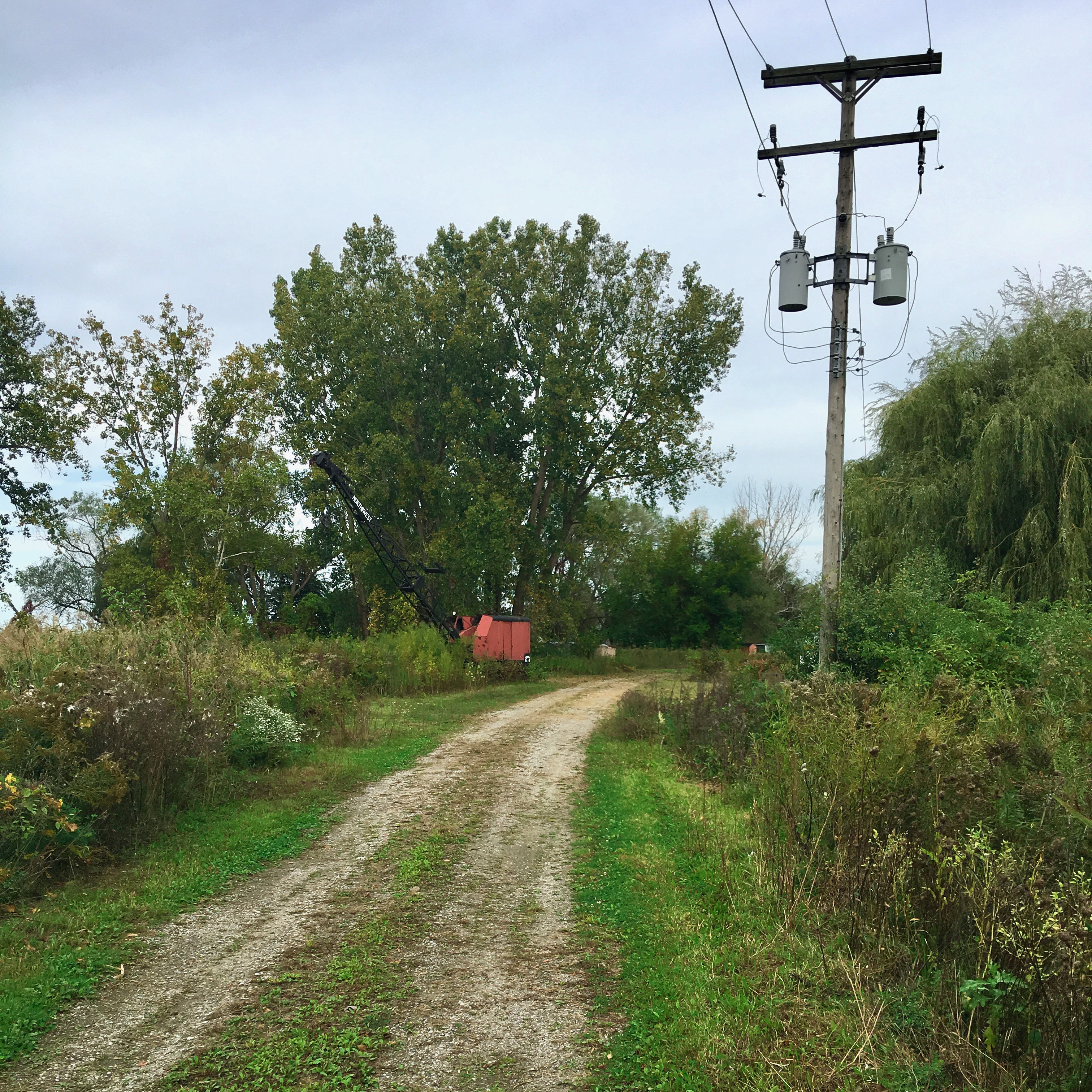 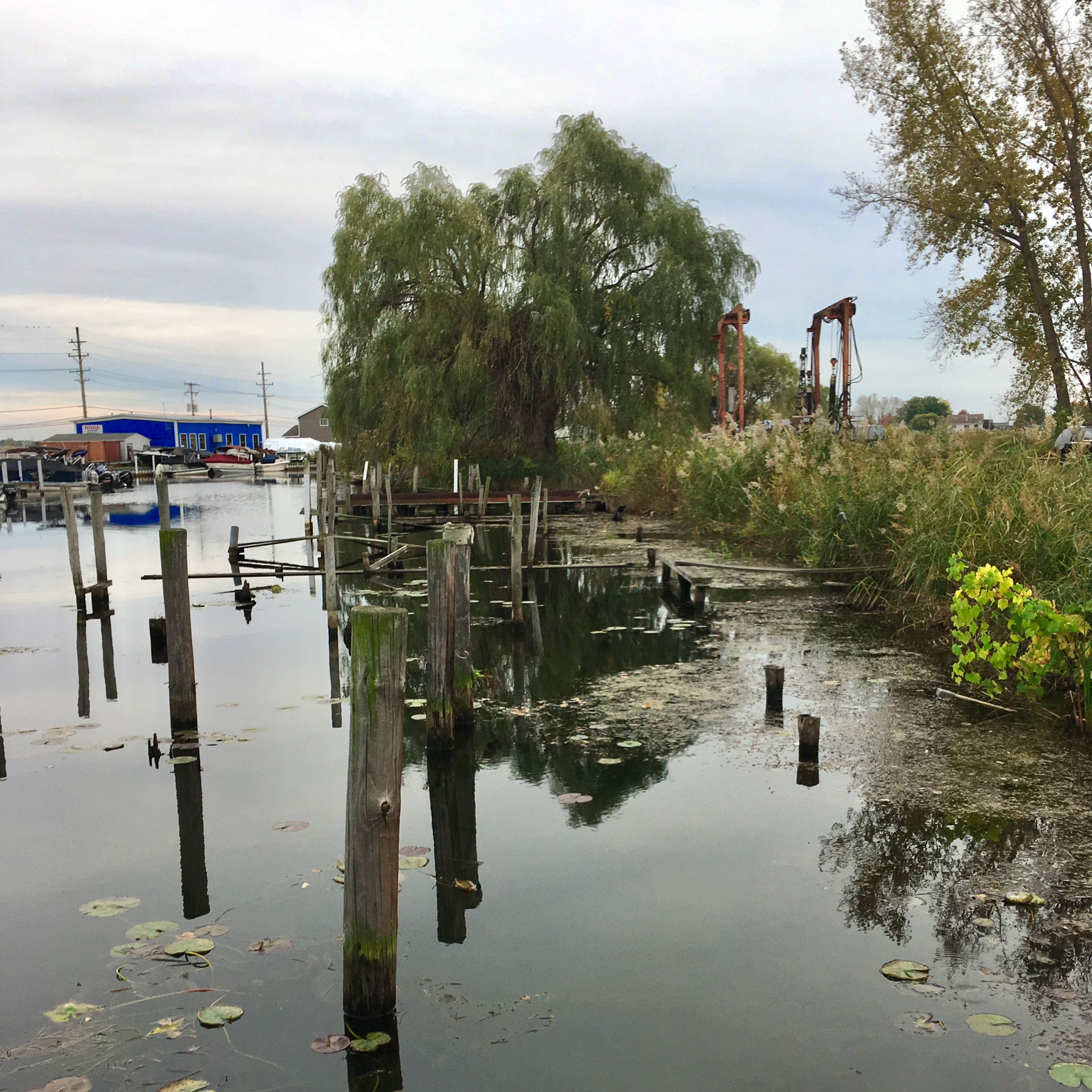 View from the east shoreline looking over the dilapidated docks back towards Bridge also on Oct 10, 2017.

Joe immediately fell in love with the property when he stepped onto it for the first time on October 10, 2017, and submitted the offer and deposit the very next day - October 11, 2017.

After coming to a final agreement nine days later, the property was acquired by Blue Horseshoe Holding Co. on February 16, 2018.

Joe promptly named the property Blue Horseshoe Island, a derivative of the name of his real estate holding company, Blue Horseshoe Holding Co., which was founded back in the early 1990s, when he purchased his first commercial building on 12 Mile Rd. in Southfield, Michigan.

The Island was previously owned by the Lupenski family, which the father Art had purchased 76 years earlier in 1941. Initially, the property was used by the family to store fish that they caught on Lake St. Clair in three separate ponds. They would later sell to merchants that would come in to buy their fresh fish to take back and serve to their customers, some as far away as New York. 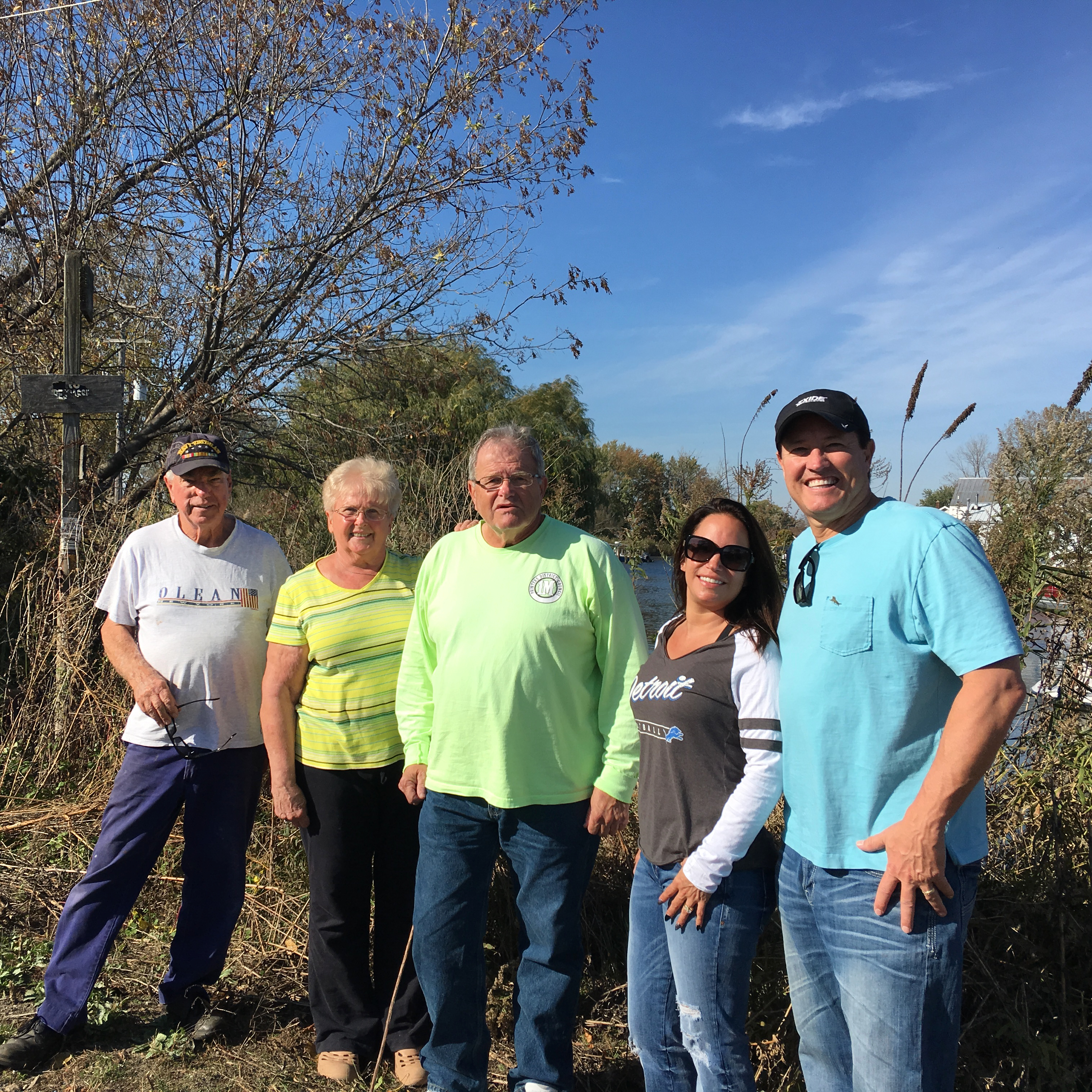 Joe and Monica (his wife) by the bridge with Annette Herza (formally Lupenski), her husband Clem, and cousin Mike who worked on the Island for Annette’s father and former owner Art Lupenski.

Initial work on the Island began with clearing debris, stacked concrete, abandoned docks, and equipment. After a complicated year-long application process with the Army Core of Engineers and the DEQ, came a one-year installation of 1615 feet of sea wall around two major sides of the property along with 160, 10-inch wide, 25-feet long wood pilings all spaced 10 feet apart driven in for side tie boat parking.
During this time, dead and dilapidated trees were being cleared which then allowed access to bring in over 500, 30 yard-lead trucks of clay to raise the grade of the Island. Once the sea wall was set, the land was cleared, and the grade was raised up, the daunting task of bringing on all five utilities onto the Island began.

The water, sewer, and gas lines were all directionally bored underground at a length of over 500 feet long and at a depth of over 25 feet down below the canal and then brought back up and tied back in at Dyke Road. The electrical and cable utilities were trench dug onto the property.

On Sept 2, 2020, the footprint of Cabana Blue was surveyed and marked and the next day. On Sept 3, 2020, construction began with the digging of the first trench and setting of concrete footings. Just short of 14 months later, the 4,600 square foot bar and grill with an additional 2,000 square feet of covered patio for outdoor dining, Cabana Blue Lakefront Sports Bar and Grill opened to the public. 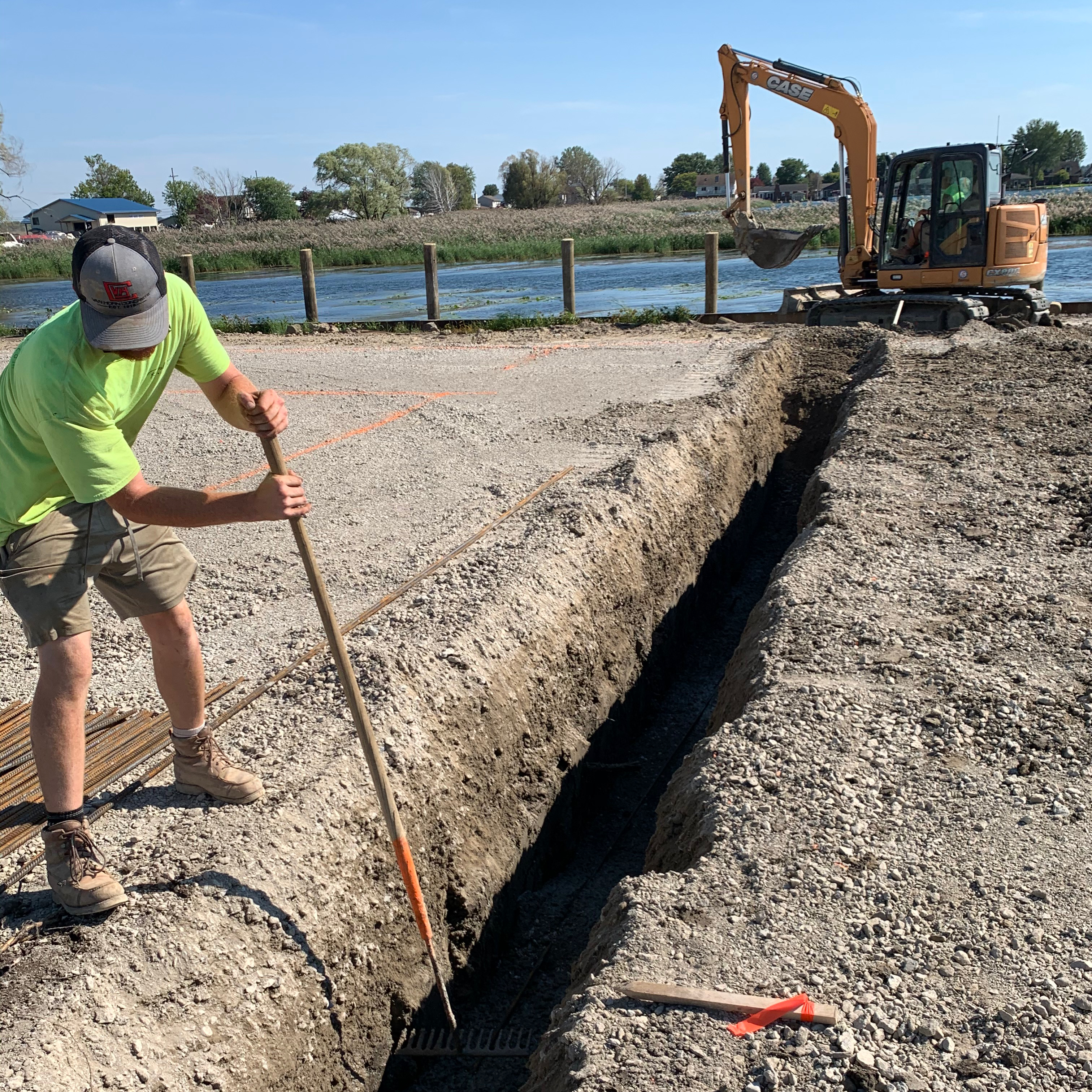 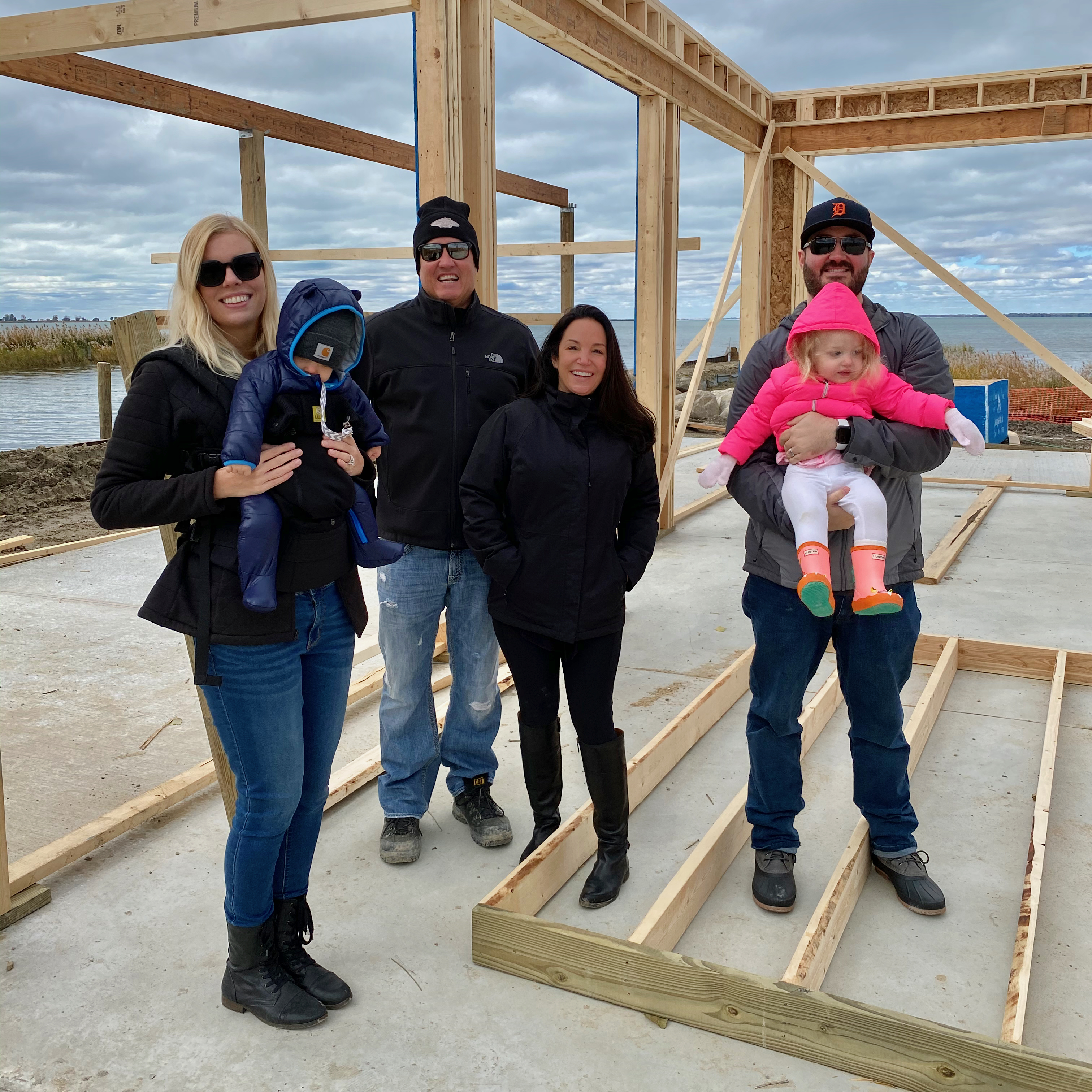 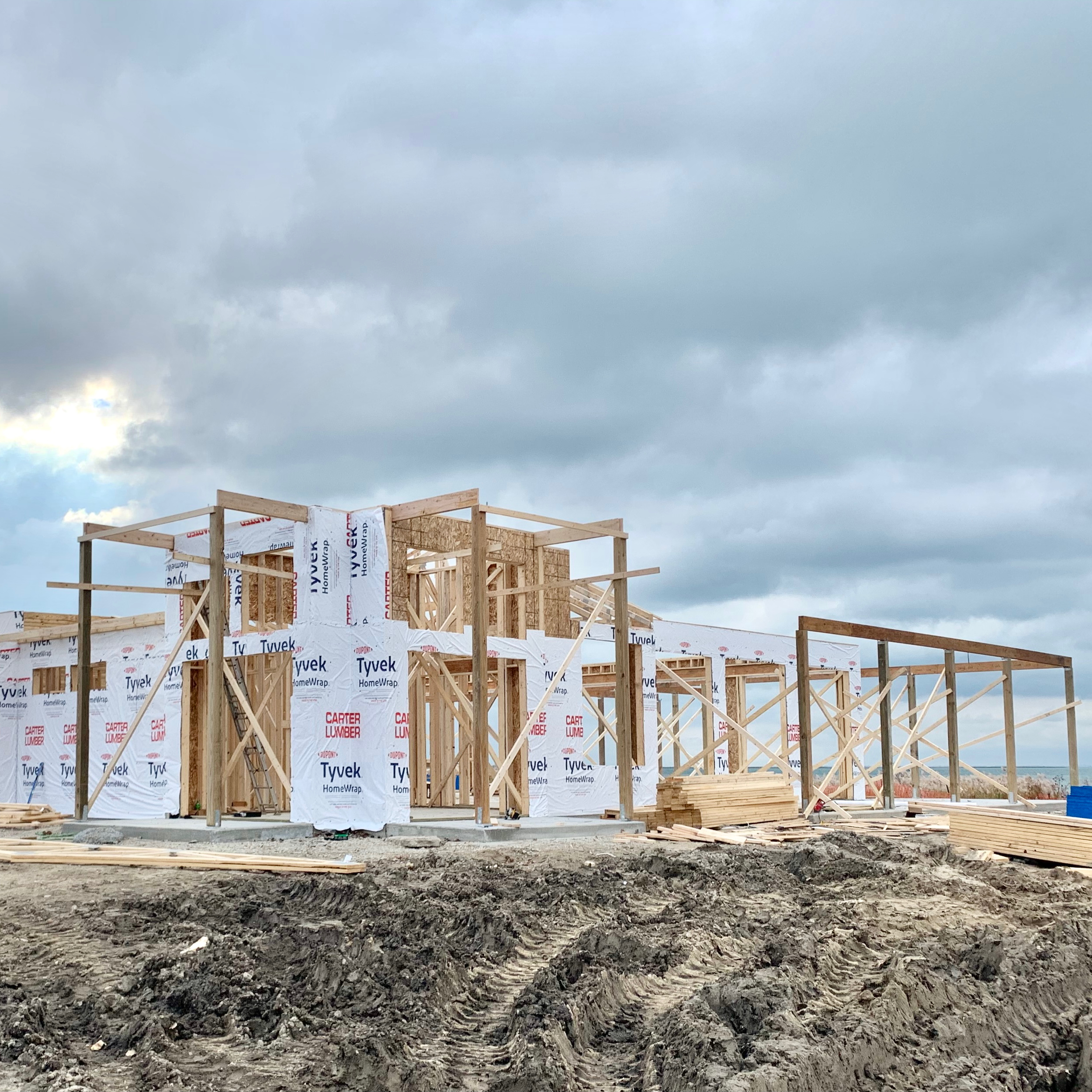 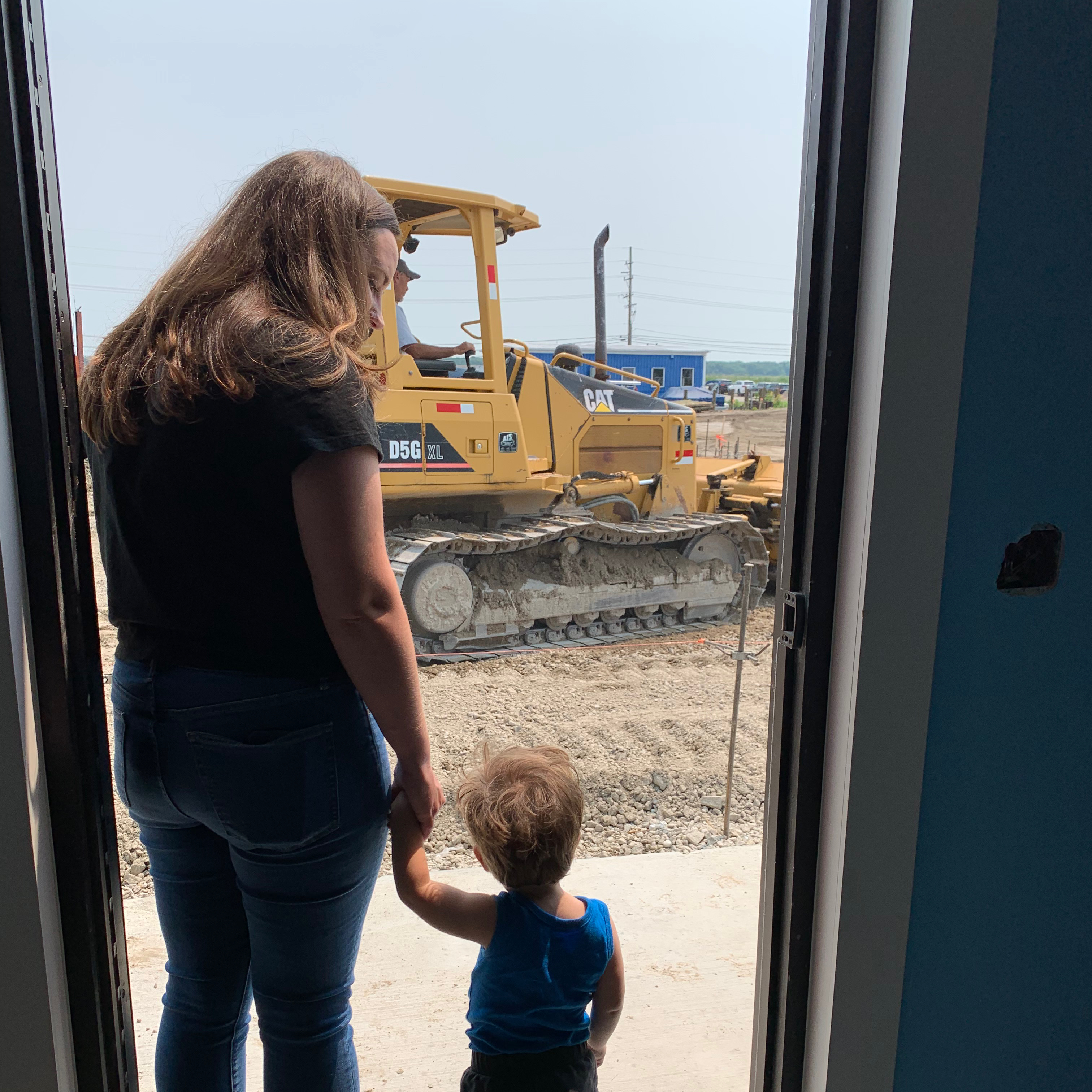 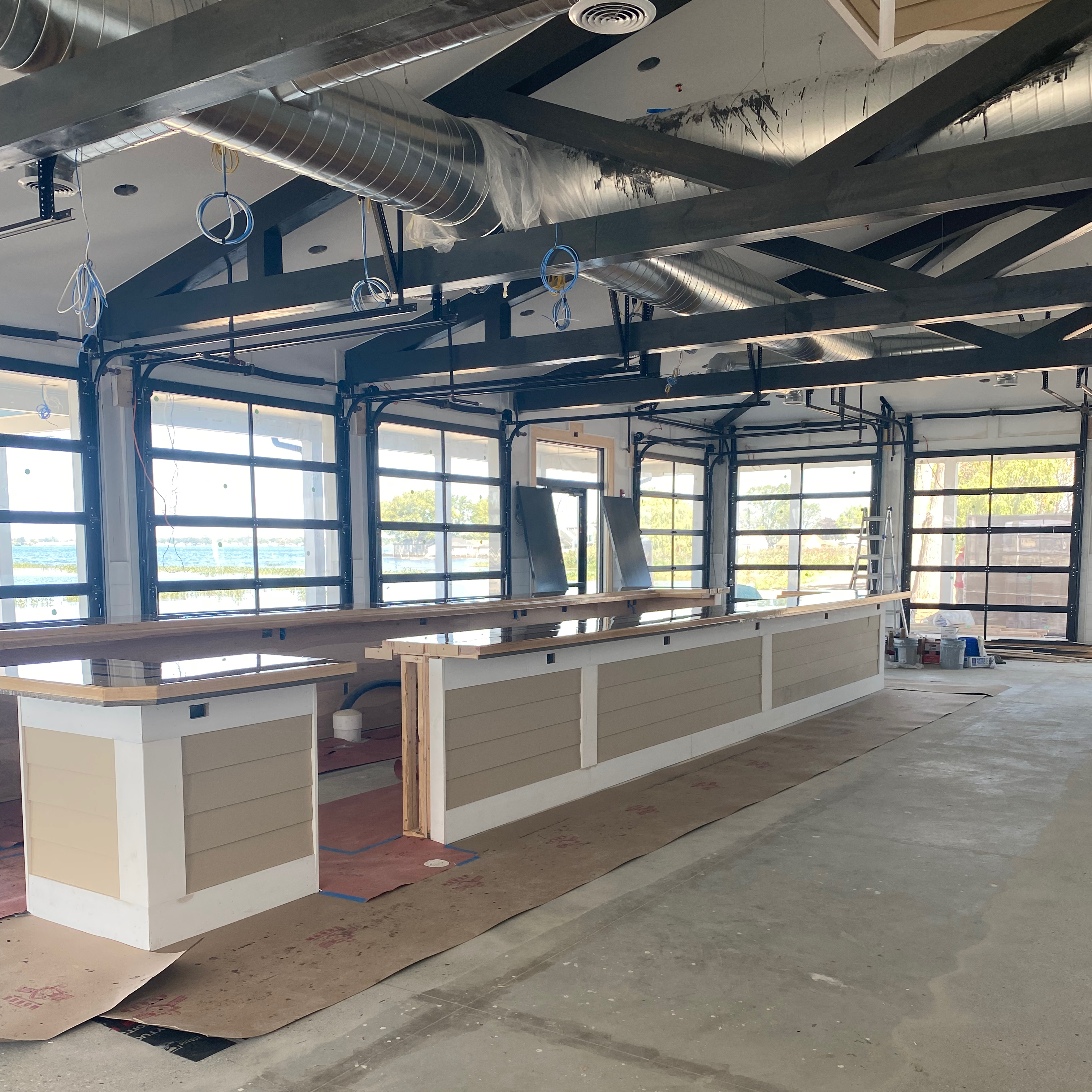 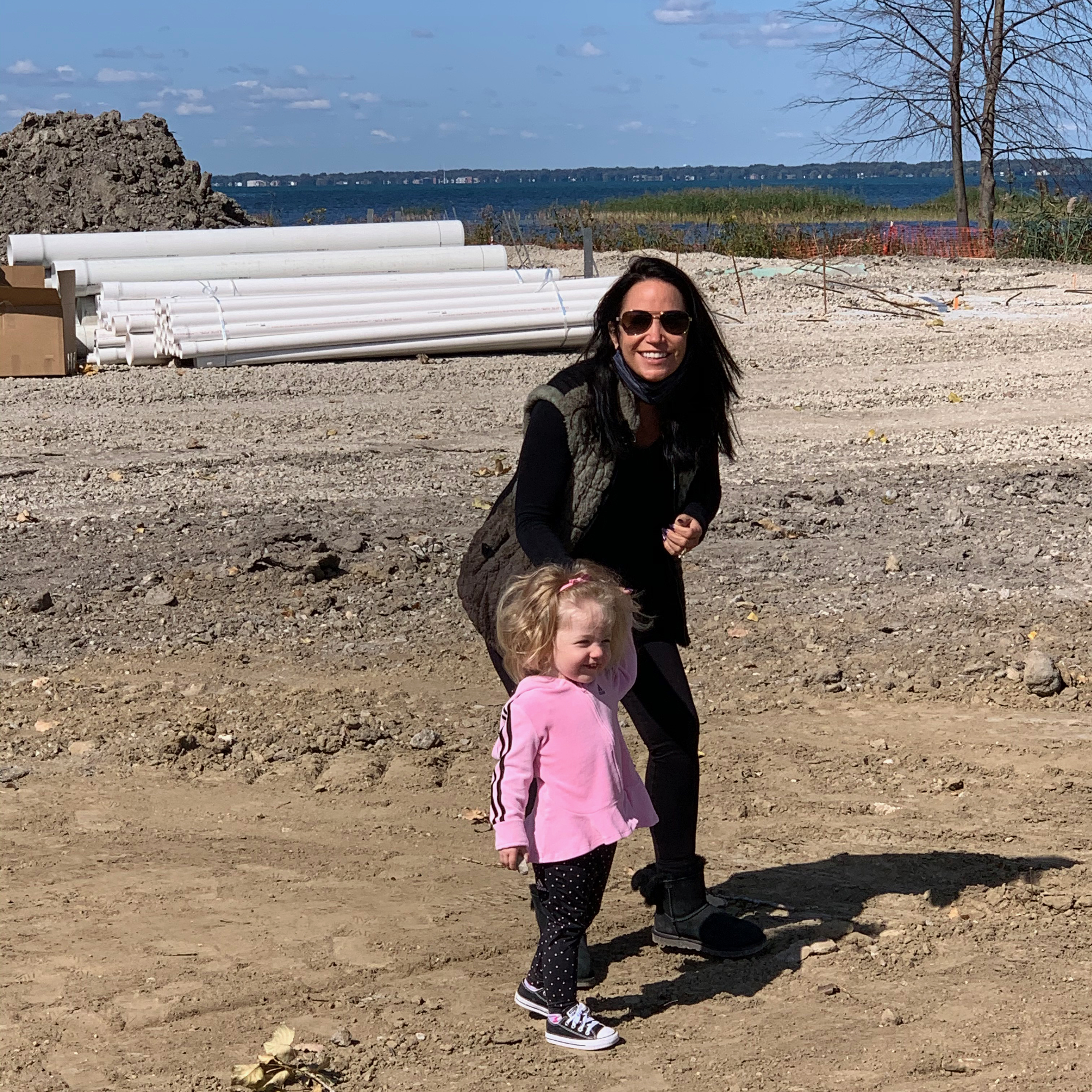 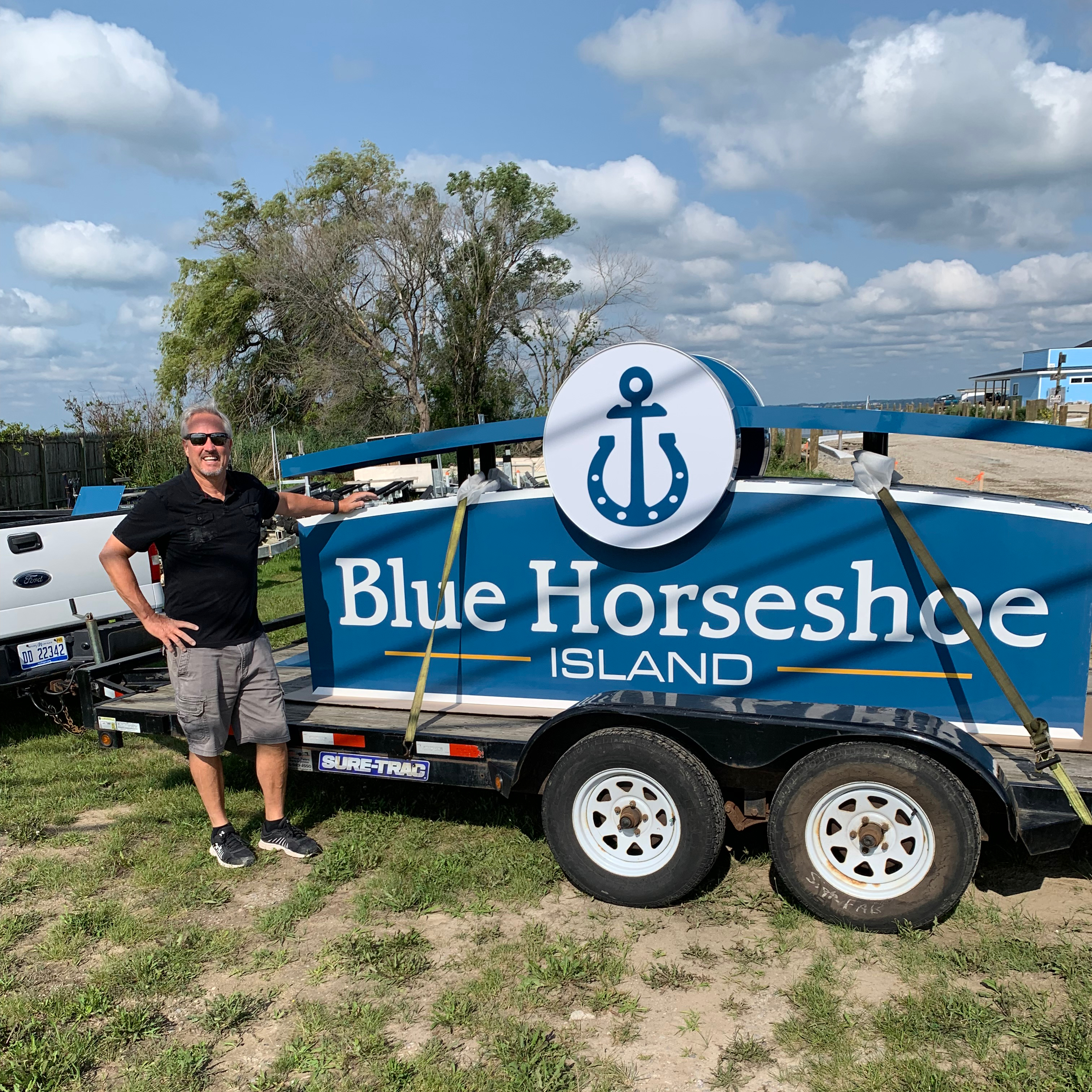 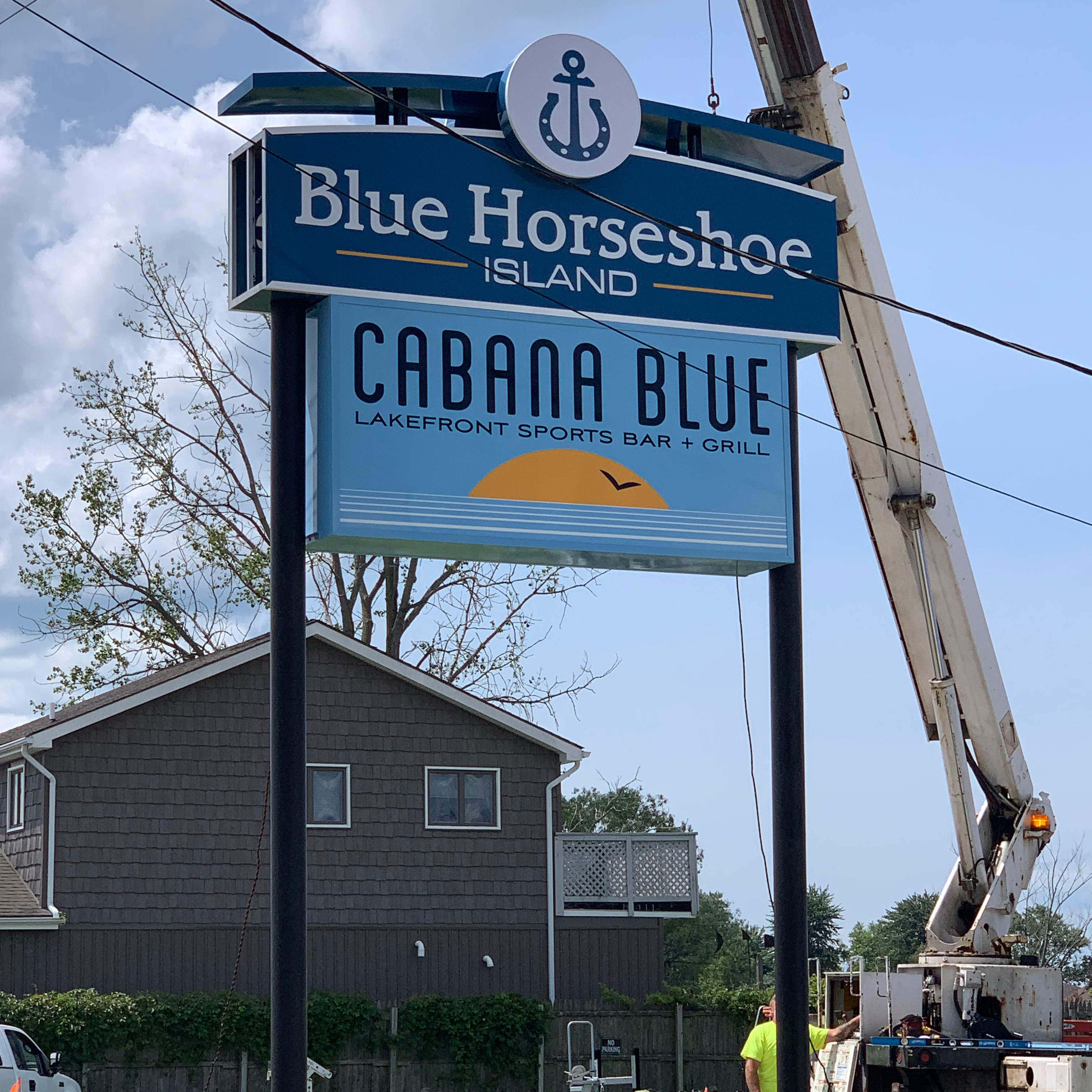 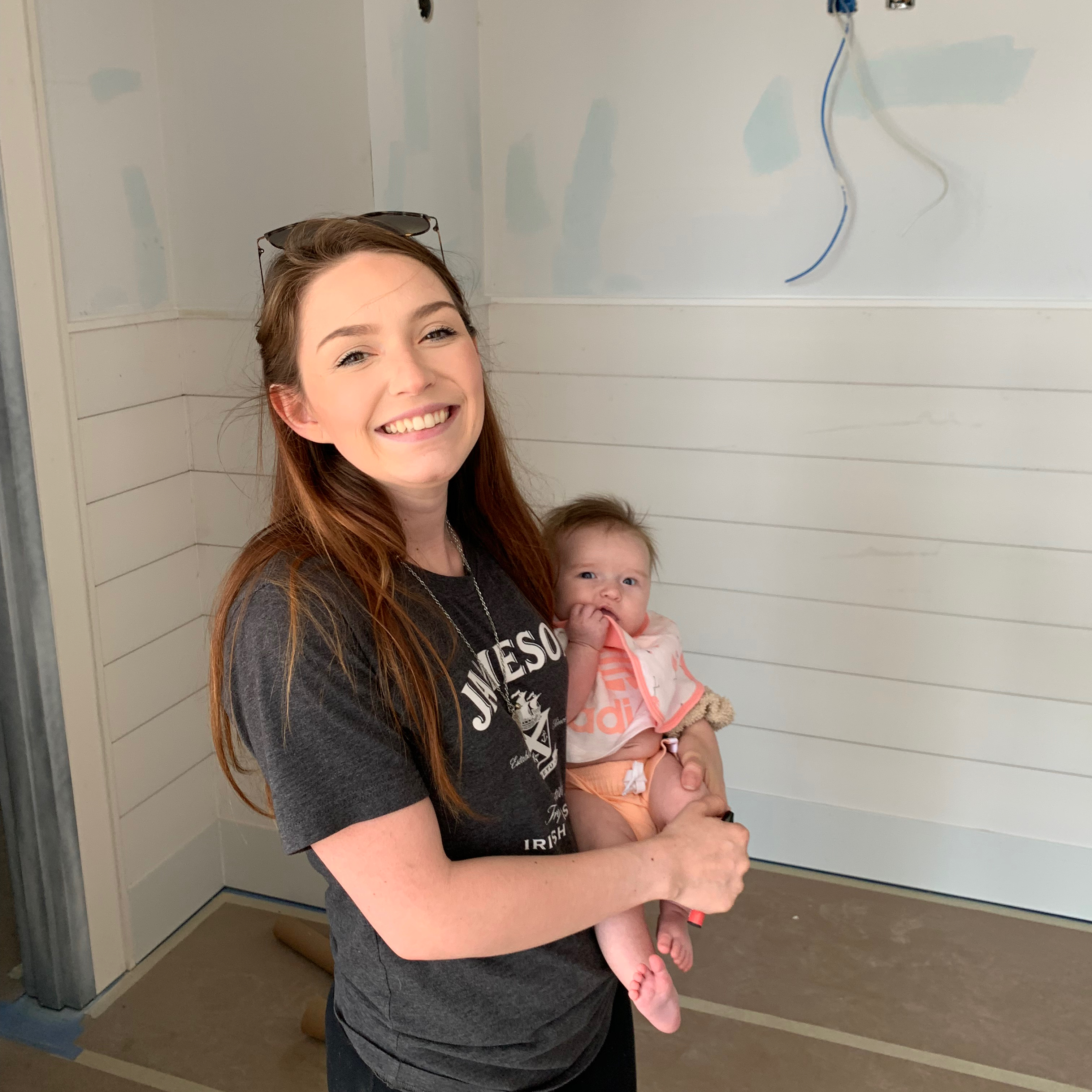 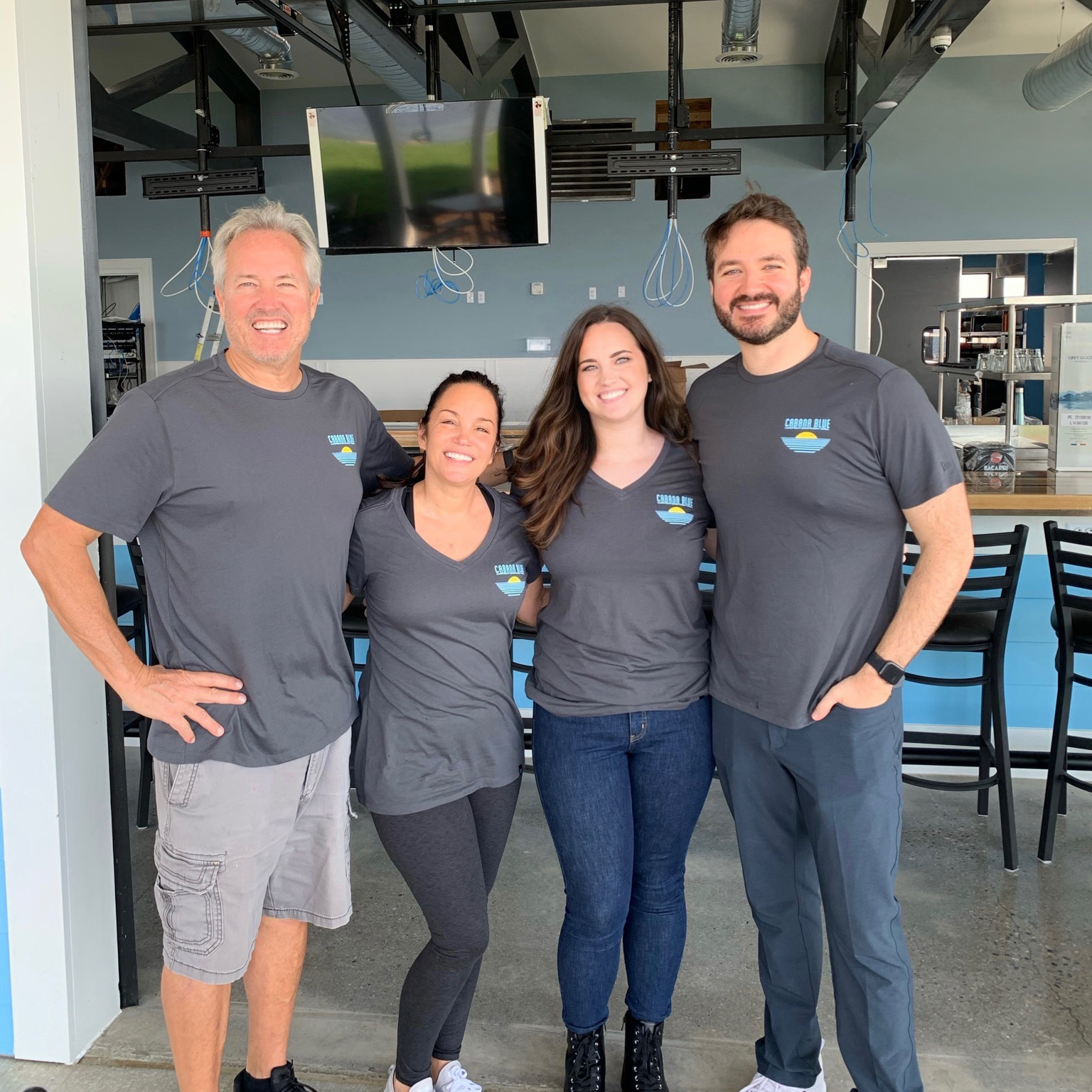 Those familiar with the area know that the sunset views are unmatched, the water is crystal clear, and the bottom is a nice sandy mix. The restaurant features eleven 10-foot-tall garage doors for year-round views. You can find Joe working at the restaurant along with his wife Monica and daughter Makayla. Joe’s daughter Dayna, a marketing professional, shaped and curated the overall branding by designing and managing the creation of the restaurant logo, menu, website, and social media channels.

Granddaughter Allison alongside Grandson Joey 5.0, completed their inspections and have given their stamps of approval on several different occasions thanks to Joe’s son, Joey, and daughter-in-law Kaitlyn. Granddaughter Blake, a fan-favorite, has blessed the operation with extensive team-building exercises with the staff and guests alike, all surrounding her to see her smile. 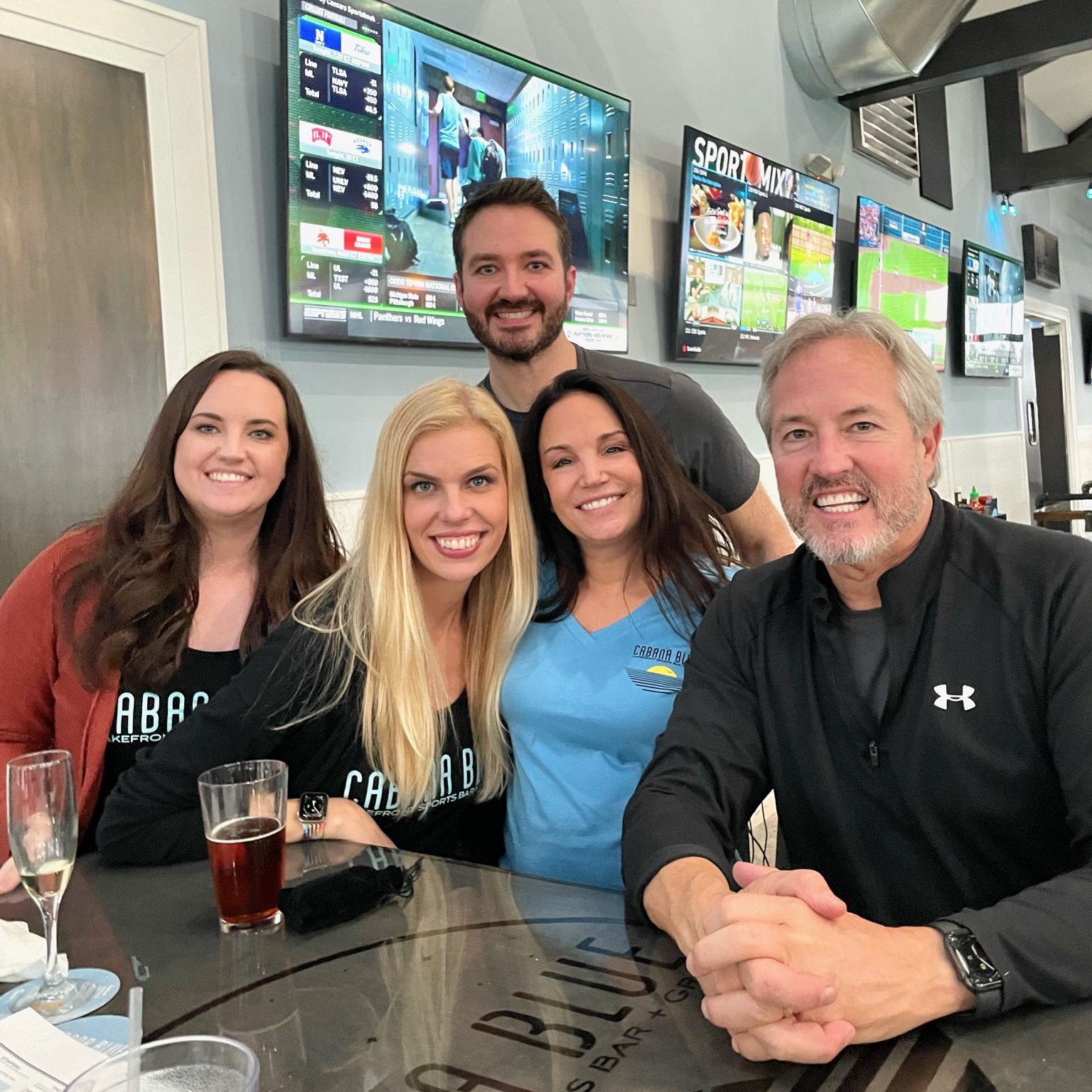 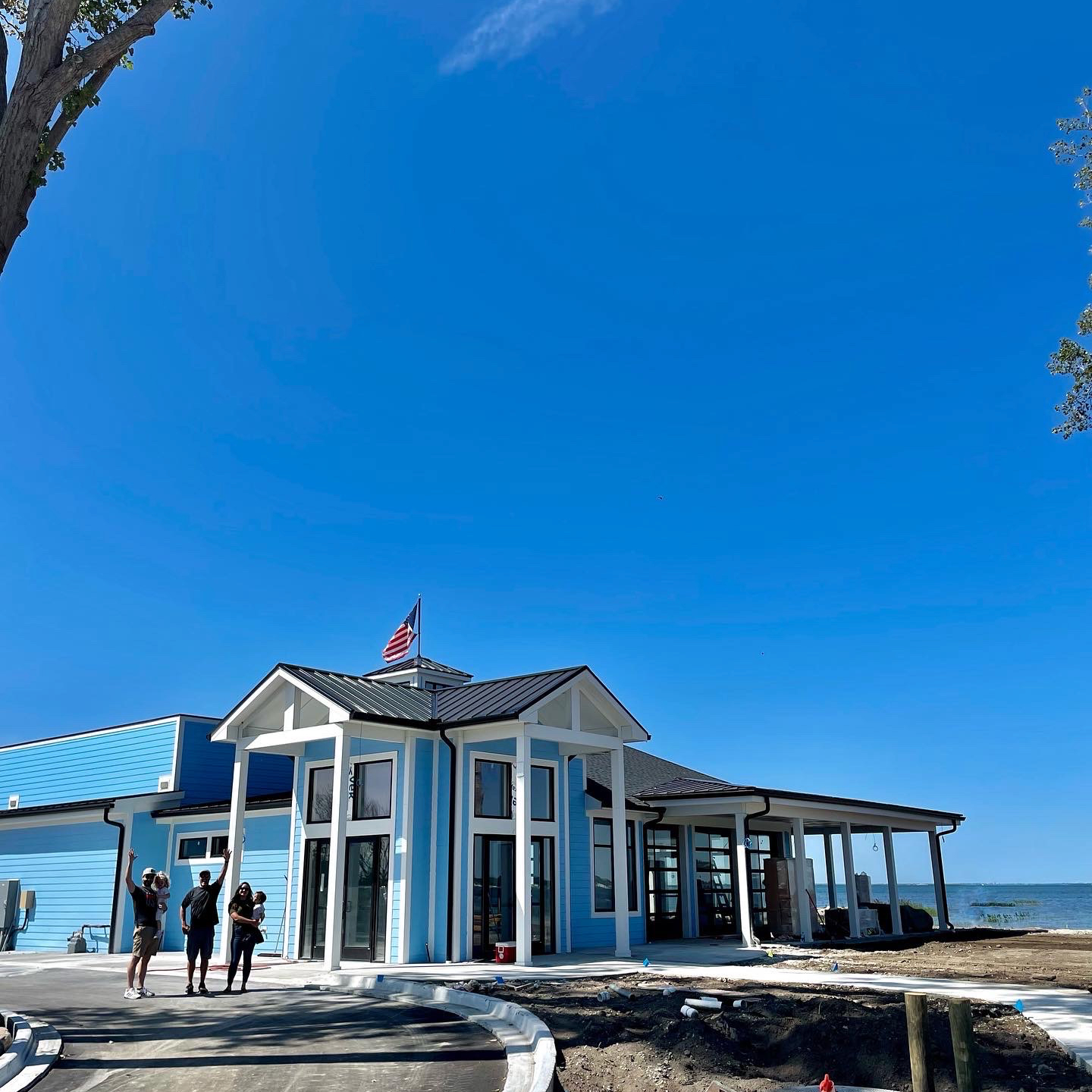 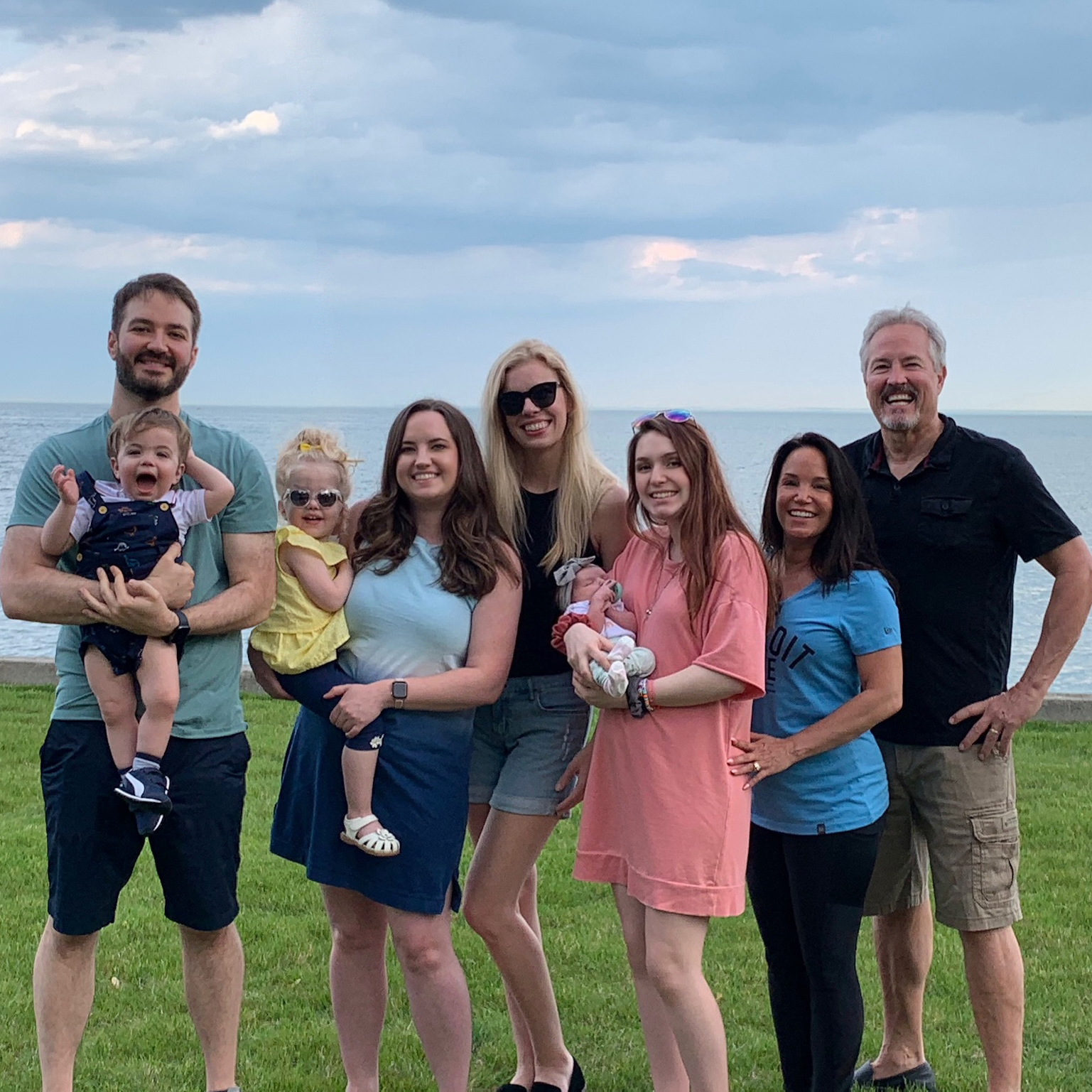 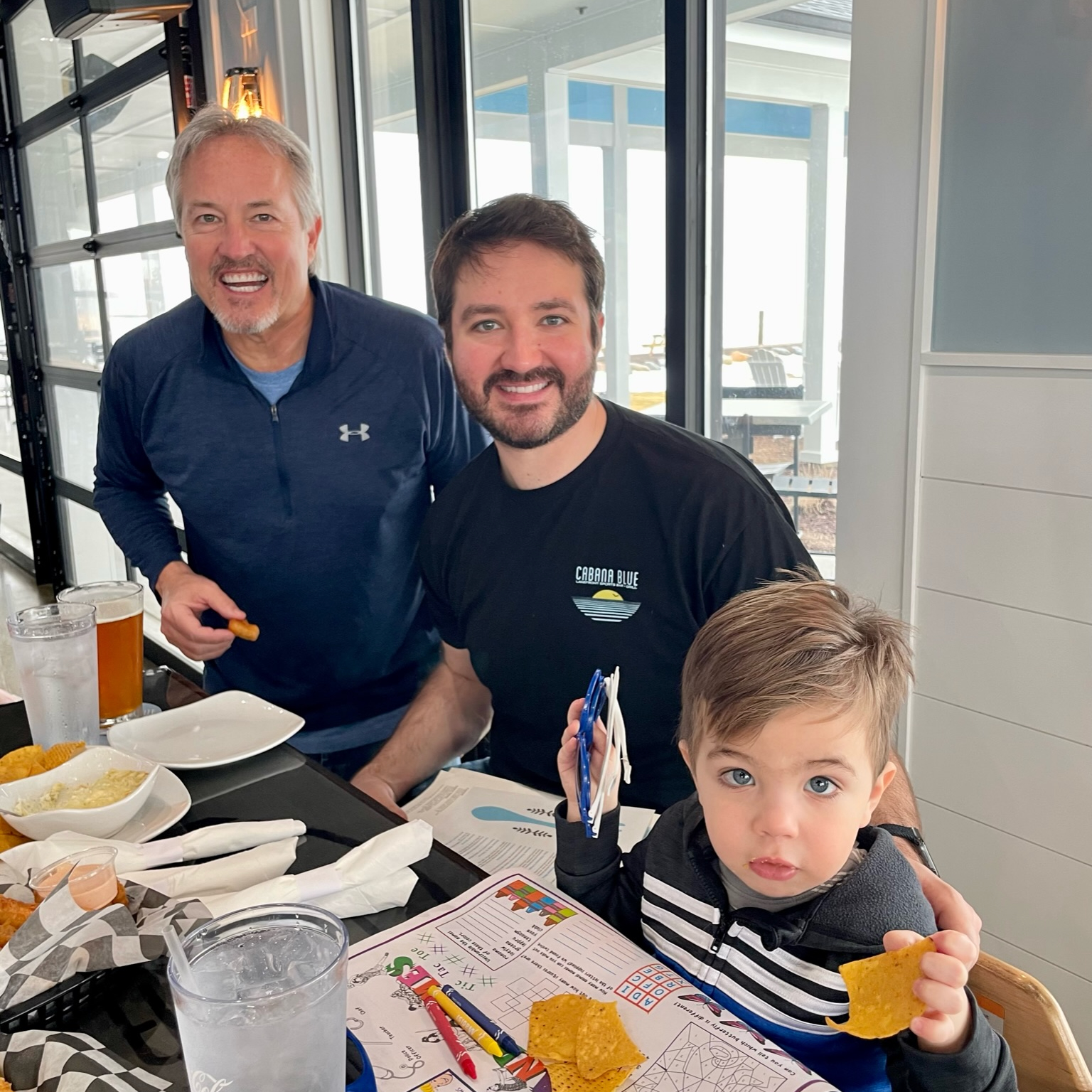 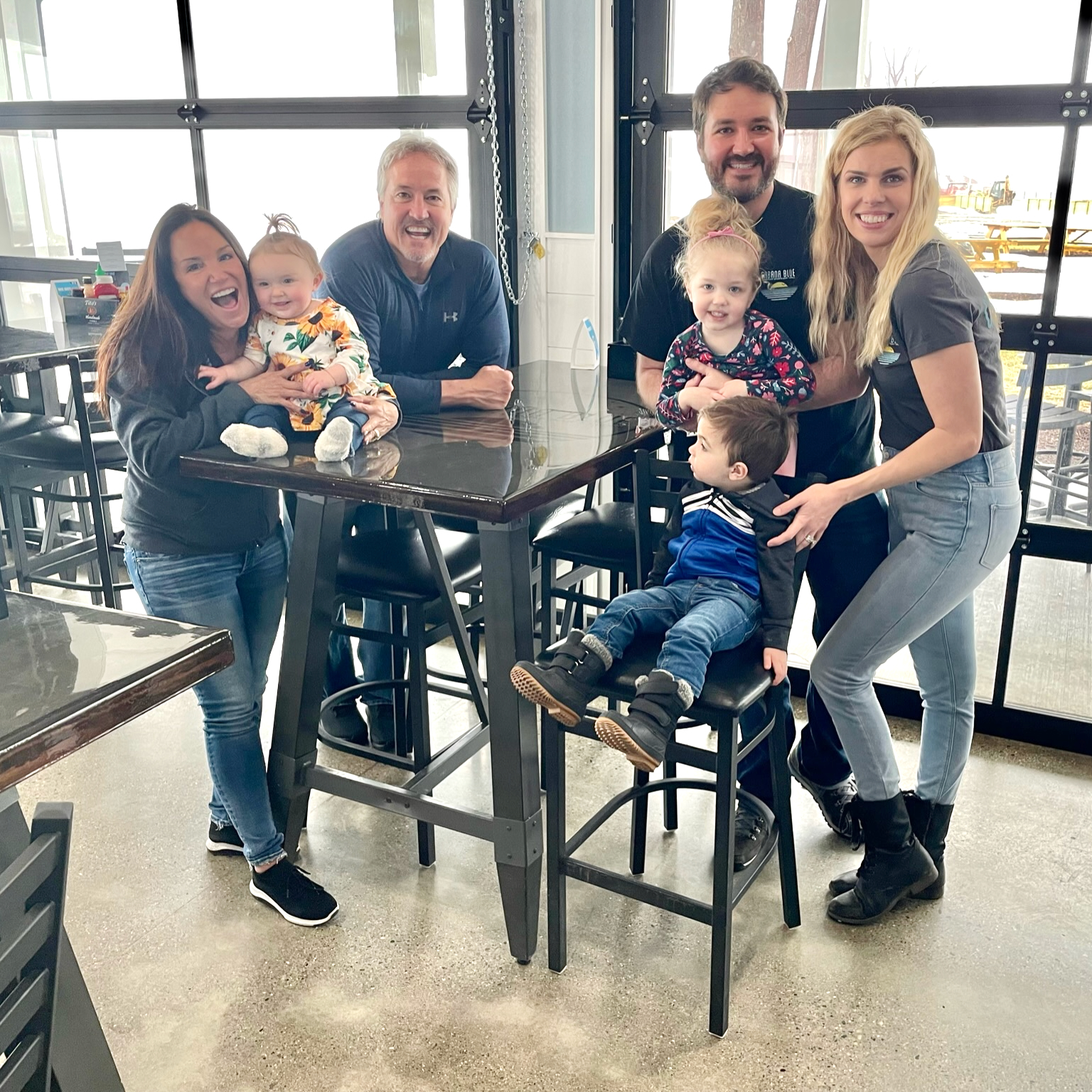 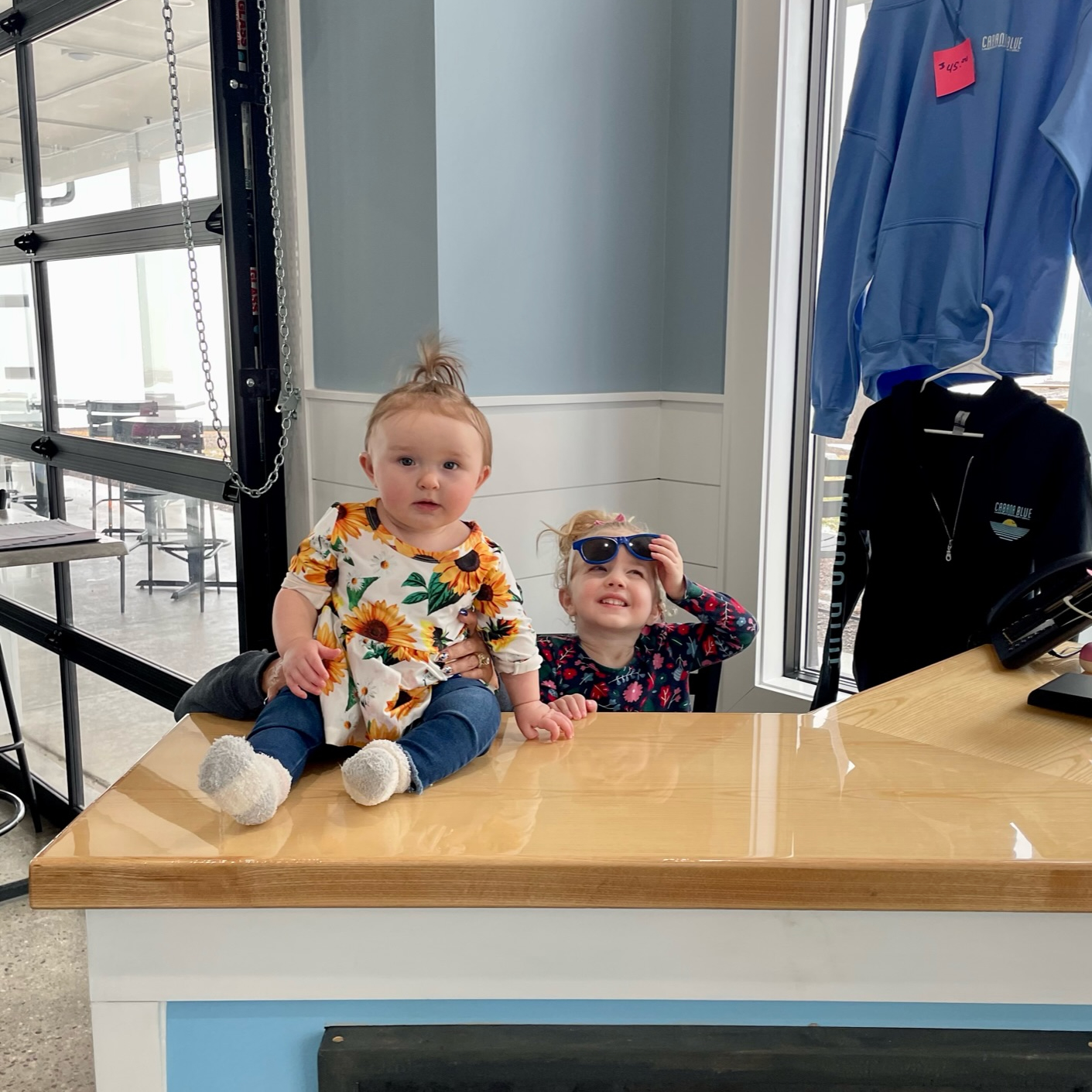 Future plans for further island development are currently being formed to best serve the community and Michiganders alike. Joe is working to get approval to start the development of an ice cream stand and outside hotdog, hamburger, and bar station by the 2nd quarter of 2022.